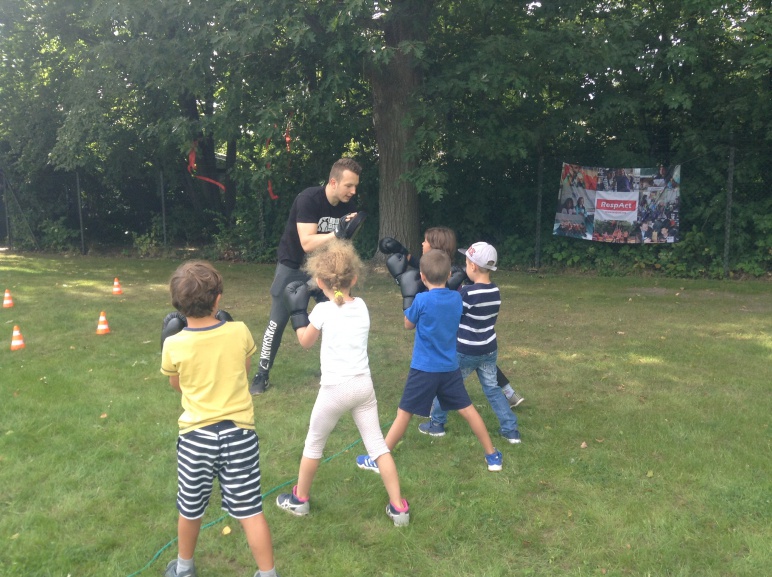 The sports modules of RespAct strengthen the self-confidence of children and adolescents. They learn actively to stand up for their interests and set clear boundaries.

Last weekend we were to the family sports festival with a total of 80,000 visitors at the Olympiapark, Berlin. As always, the children had the opportunity to try out different box exercises.

You want to bring more fair play to your children’s and youth group and enable children to become active in presenting their interests? Then download our manual full of useful modules for educators here.

During the summer holidays the RespAct summer camp took place for two weeks. A total of 100 children participated in the two locations Loyal e.V. in Kreuzberg and Karl-Weise school in Neukölln.

Using games and sport, we worked on the topic of our environment. First, we started off with understanding what environment is and how we are part of it.
Our neighborhood in Neukölln and Kreuzberg has many beautiful corners, where the children like to spend time. For example, we explored the wild animal life together with “Stadtnatur Berlin” in the park Hasenheide, Neukölln.
However, while exploring our neighborhood, the children have also discovered aspects of their neighborhood which they do not like. For example, garbage is part of our everyday life, and unfortunately often it is not merely found where it belongs.

RespAct aims, that children actively promote their interests. Therefore, a large part of the summer camp was dedicated to our behavior with garbage. The children learned how to avoid garbage (e.g. by upcycling, as shown by Trial & Error), to separate garbage (e.g. with the game Trennomania), and to remove the garbage, which surrounds us in our living environment.

We actively cleaned up our neighborhood, among others, two playgrounds in Neukölln. In addition, we visited the recycling center of Berlin to have a closer look at where all the garbage we produce is going to end up.

Next to the topic of garbage, we also shaped our neighborhood with colorful designs. Thanks to the campaign “Schön wie wir” of the district administration of Neukölln, the children painted two power distribution boxes together with our cooperation partner Meredo e.V. in Neukölln and ventilation shafts in Kreuzberg. Jan-Christopher Rämer, the district councillor, unveiled the power distribution boxes together with the children at the Schillerpromenade. The result is impressive!
At the end of the RespAct summer camp, the participating children visited the Town Hall of Neukölln, where they met representatives of various political parties. The children presented what they had learned over the past two weeks and expressed their wishes and ideas for their neighborhood. A special thanks to Falko Liecke, the district councillor, who welcomed us in the town hall.
Afterwards the RespAct Summer Camp came to an end with a celebration together with all participants and their families.

The RespAct Summer Camps were made possible by our sponsors, Stiftung Naturschutz Berlin and the Federal Environment Agency. Thank you!
We would also like to thank Salesforce for their time. Annika supported our RespAct team for two days and it was a lot of fun.
And a  special thanks goes to our partners Karl-Weise-Schule and Loyal e.V. for the wonderful time and their support. 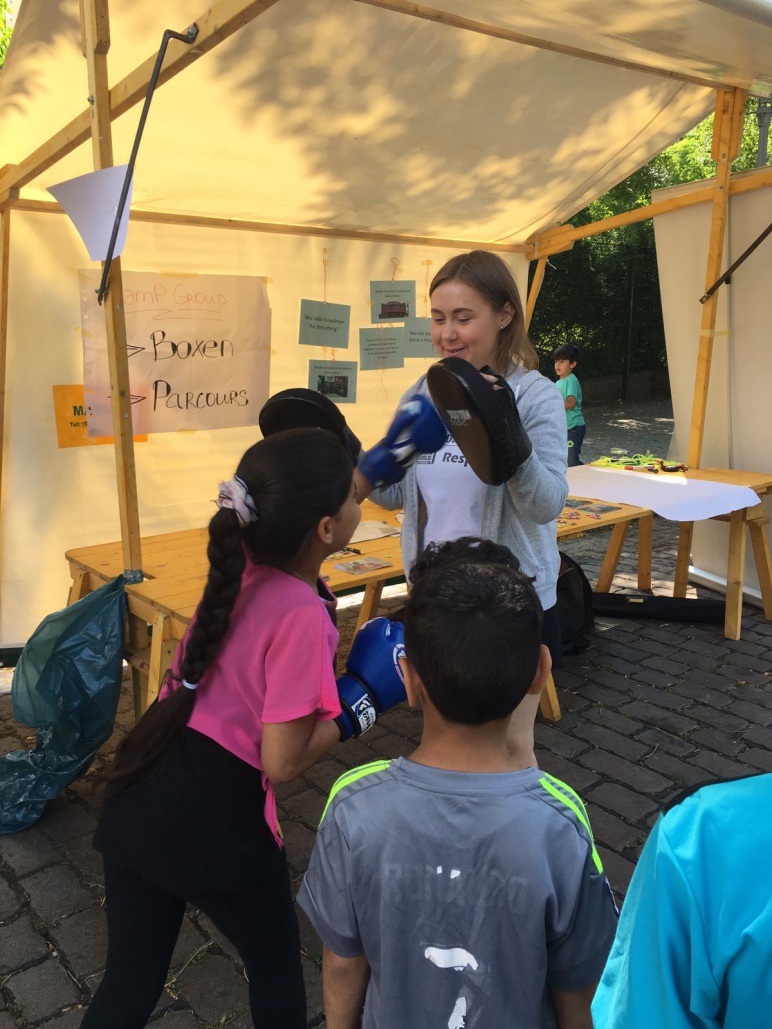 In the neighborhood of Körnerkiez, there was a lively program for young and old at the neighborhood festival this weekend. RespAct has been there and offered the opportunity to try out boxing and participate in an obstacle course. 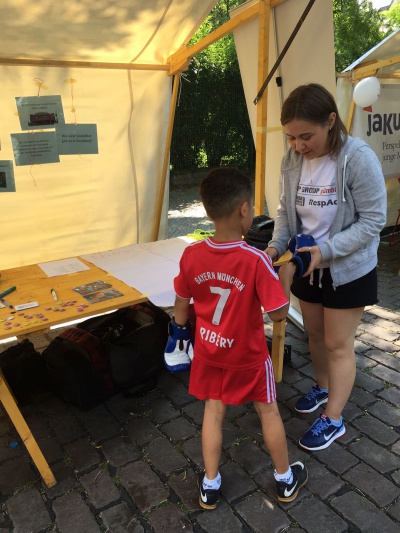